Skip to content
> Mining > What is a Mining Rig?

What is a Mining Rig?

Get to known What is it a mining Rig, how it is made up and the way in which they have evolved throughout the mining history of the cryptocurrencies, .

SSurely in some conversation in the crypto world with your friends you will have heard or read the word "Rig", and have you wondered What is a Mining Rig? Well, here at Bit2Me Academy we define a Rig as follows:

A mining rig is an arrangement of hardware elements, either CPU, GPU, FPGA or ASIC that have been arranged to perform cryptocurrency mining.

Simple, don't you think? The truth is that yes, it is a very simple concept, but making it a reality is complex. Why? Because it is not enough to just join these elements in this way, because it must be done in the best way so that the investment you make is an investment that you can recover in the long term with profits. And to achieve this, you must take into account several elements that in this new chapter of Bit2Me Academy we will clarify for you.

Rigs can be classified depending on the type of mining hardware that they use. In this case, the existing types of mining rigs so far are:

One of the easiest mining rigs to install and configure is rigs CPU, which are nothing more than several computers installed together to mine a cryptocurrency specific that can be mined using these devices.

To maximize performance, miners were looking for multi-core processors or multi-CPU motherboards, all in order to maximize mining power to their advantage. Computing clusters were even built, small supercomputers that more optimally used the computing power of all the smaller computers separately. However, the arrival of GPU, FPGA and ASIC mining quickly replaced them, although there are cryptocurrencies such as Monero (XMR) that still profit from CPU mining. 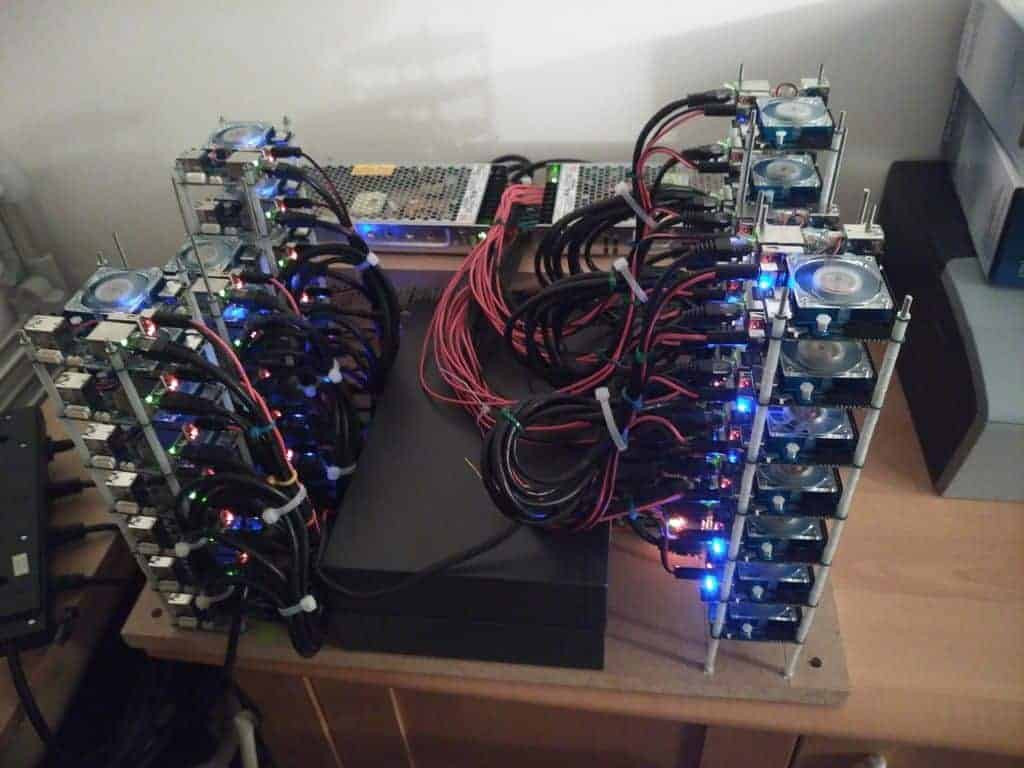 The rigs of GPU are among the most popular today, because they can be used to mine cryptocurrencies such as Ethereum (ETH), Ethereum Classic (ETC), Zcash (ZEC), among other. In a GPU mining rig what we have is a computer to which we connect several GPUs or graphic cards to use them as mining accelerators. Each GPU acts as a mining node offering enormous power, and that power is multiplied by the GPUs installed in the Rig.

Due to their ease of assembly and low maintenance, GPU Rigs are the favorite mining item for small cryptocurrency miners. They are also highly versatile. For example, if a miner is dedicated to mining Ethereum with a Rig and it becomes unviable, you can use the Rig to mine some other cryptocurrency by simply changing the mining program and directing it to another cryptocurrency. 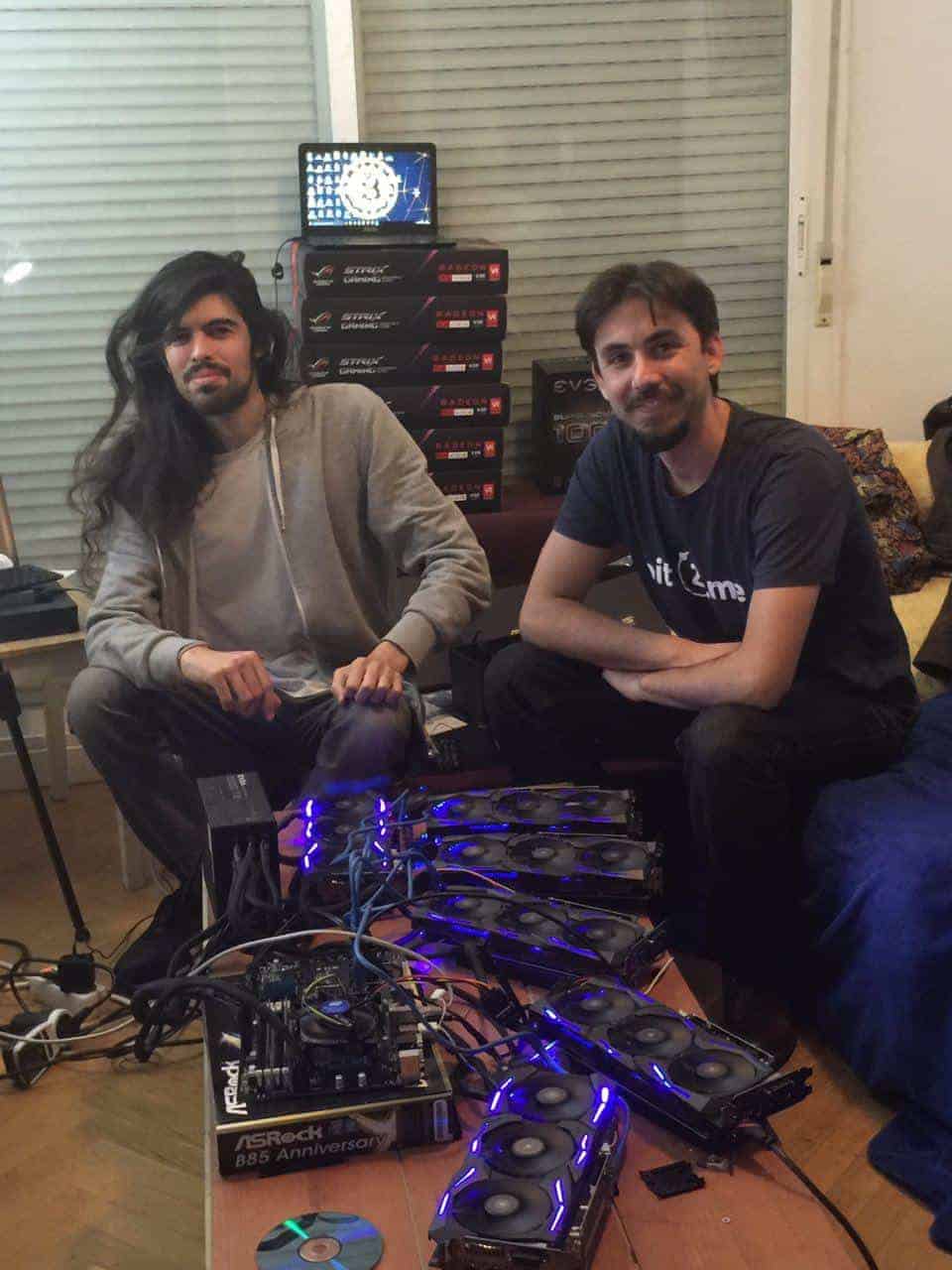 The FPGA They are another widely used tool to mine cryptocurrencies at the time. At the time, they offered good mining capacity for different cryptocurrencies, but the optimization of GPU mining and the arrival of ASICs ended up displacing them completely. 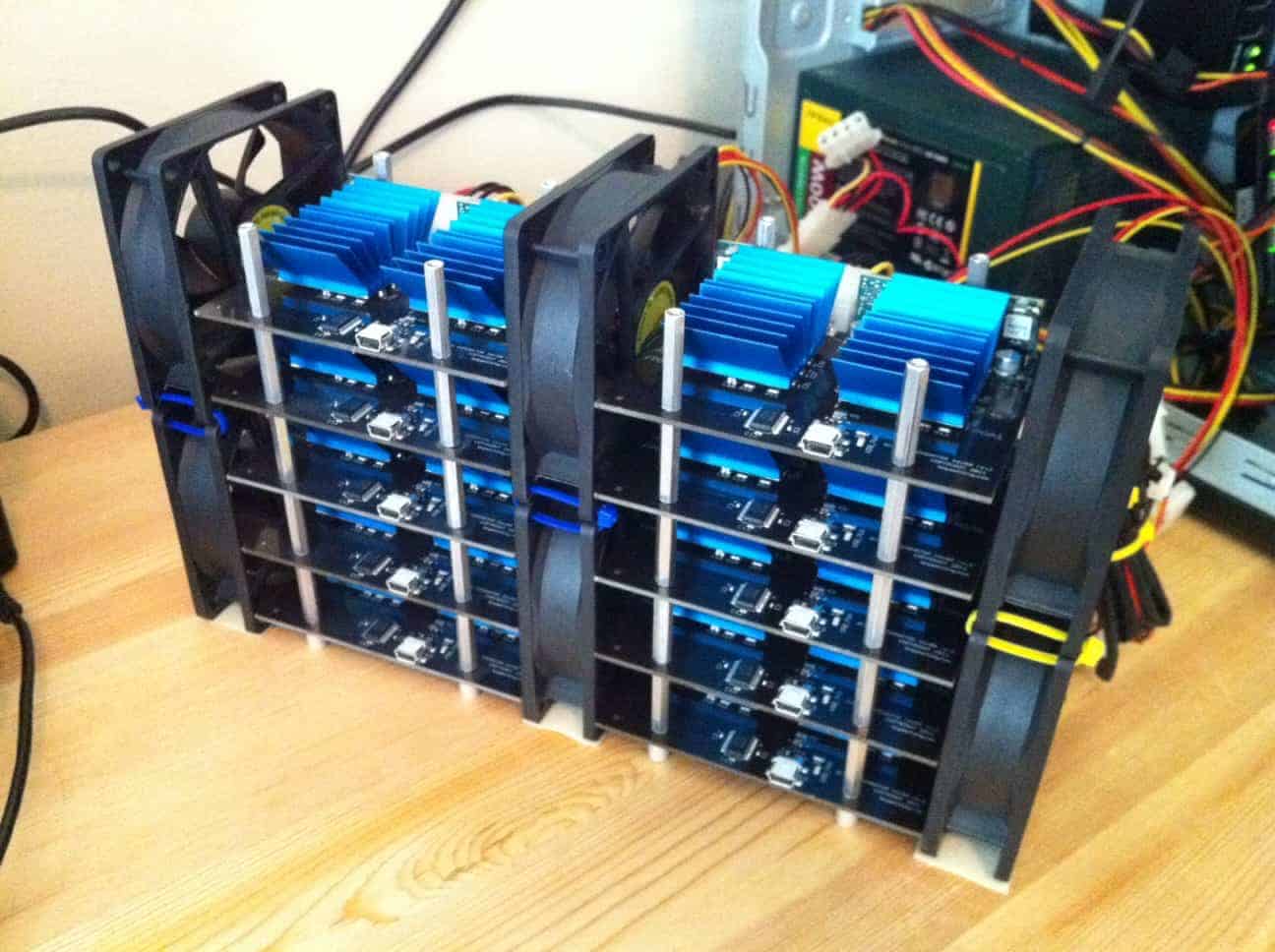 The tool most used today by miners are the ASIC or Integrated Circuits for Specific Applications. These are hardware devices specially designed to perform a very specific task. Hence, ASIC miners are so powerful as they have been designed to get the maximum possible power for this purpose. 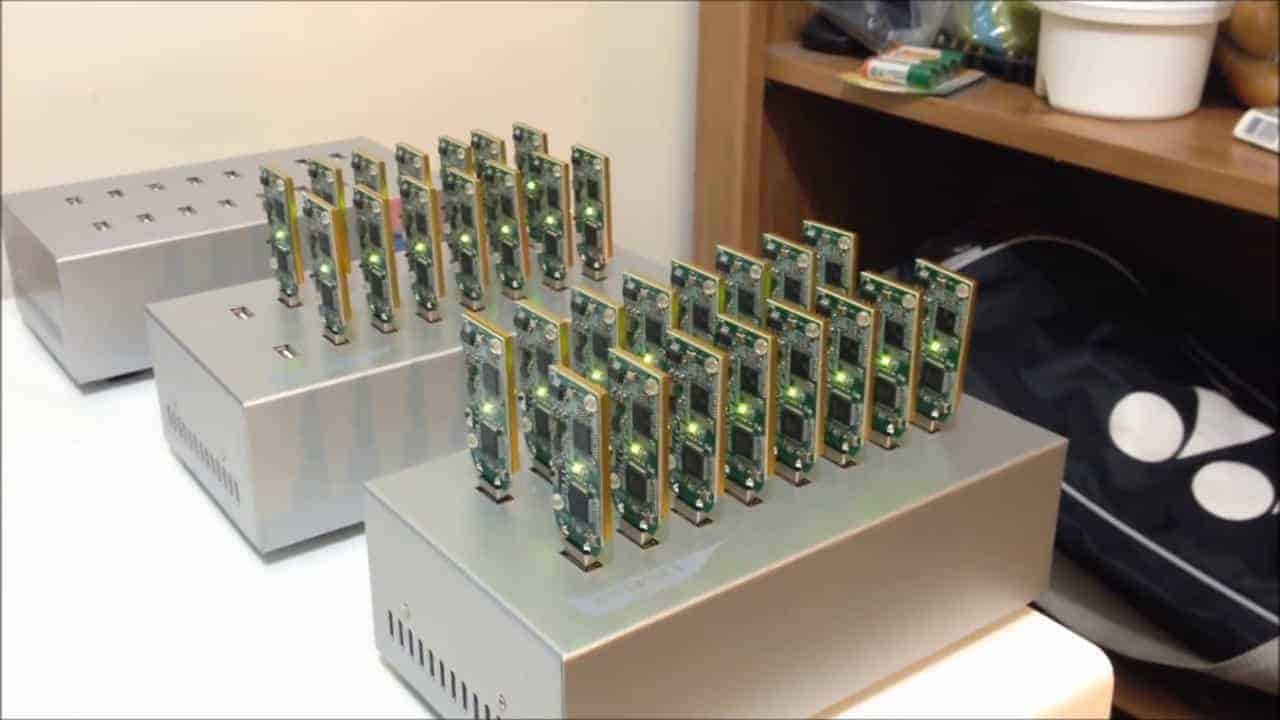 How to build a mining rig?

At this point surely the big question that haunts your mind is how do I create a mining rig? The answer to this question is a bit complex because it depends on different factors that you must take into account for it.

For example, ask yourself the following: Do you plan to mine from home? Do you want an excessively high electricity bill and your electrical configuration allows it? Do you have space to put a mining rig that does not disturb you or the neighbors? How much do you plan to invest? What knowledge do you have about the elements that can form a rig? What coins are you going to mine exactly? How much mining viability do you want to achieve?

The truth is that there are many questions, but they are necessary because the answers you give to each of them will give you an idea of ​​how you should assemble your Rig to get the best out of it. To give an example, it is not the same to mine Ethereum from your room using a four GPU rig, than to do it with a four ASIC rig, among other things because you will not be able to sleep due to the noise of the ASICs.

Also the investment and the money gain is not the same. A GPU Rig for Ethereum using four AMD RX 580s can cost you around € 1500. A rig of this type can give you a profit of around € 1,3 in daily profit. You can also install it in your home and it will be viable at least until the end of 2021.

By comparison, a 3 MH / s AntMiner E190 ASIC miner costs about € 1300, consumes much more electricity (790 Watts), and will be no longer viable by the end of 2020. At this point, the ASIC has higher power but is limited by the hardware that composes it. But instead, the Rig GPU will give you greater flexibility, you can update it by changing the graphics cards and you can do it gradually without problems.

How to Build a Crypto Mining Rig - Warriot Trading

Factors to consider when building a rig

Having said this and putting you in the knowledge about the importance of being clear about what you want to do, we can tell you that there are a series of common factors that you have to take into account when building a rig, and those factors are:

How Much Does It Cost To Build A Mining Rig?

Another complex question regarding Rigs, and the answer as always is: it depends on what you use to create your Rig. For example, a GPU Rig will generally be cheaper than an ASIC Rig, although the power of the latter will obviously be higher. It will also depend on other factors as we have indicated above. Have you mounted the Rig at home? That way you save on renting a space to mine, but you will surely have to invest some money to soundproof the place. Do you have an abandoned basement or basement? You won't spend on soundproofing, but you may have to spend something on air conditioning.

As you can see there are many factors that affect the final price of an investment to build a Rig. However, a simple Rig GPU can cost you around € 1300 (4 AMD RX 580 GPUs). This you can keep it in your room, without problems, it will make noise but not so much to be annoying. If you already increase the power or add more powerful (and noisy) GPUs, it will be time that you spend on a box with soundproofing, or directly prepare a space for your Rig. And that could well cost you about € 500 if you put effort into DIY.

A Rig ASIC on the other hand will be more expensive. An ASIC like the Innosilicon A10 Pro (500Mh / s for Ethereum) costs around € 2500. This ASIC doesn't consume a lot of electricity (750 Watts), but it is quite loud and you don't want to have it in the same room all the time.

Many people starting out in the community believe that a mining rig is a "make and forget" investment. That is, it is enough to make the rig and make it work to forget about it since by itself it will generate profits. This is false, the rigs need maintenance, constant review, tuning and even intervention in case we have to change the currency to be mined to continue obtaining profits. All this requires knowledge, hours of work and dedication that must be taken into account when having a mining rig.

Mining with Mining Rig: What can I mine?

Another question that depends on exactly what you implement in your Rig. If for example you mount a Rig GPU, you will not be able to mine cryptocurrencies where ASICs are the norm. This includes cryptocurrencies like Bitcoin, Bitcoin Cash, Dash, among others. The reason? GPUs will never give you the power to mine profitably on such blockchain, because ASICs are much more powerful. In those cases, you should use a Rig ASIC, and invest enough in powerful equipment to be able to mine with guarantees.

If you plan to mine with a Rig GPU, your options are more limited. Cryptocurrencies like Ethereum, GRIN or RavenCoin are your best options. Of course, you will be at the profit limits, so do not expect that situation to continue for long, and more in the case of Ethereum that is about to become a Proof of Stake (PoS) cryptocurrency.

The Future of Mining Rigs

That said, mining rigs will remain by far the simplest way to mine cryptocurrencies at “low cost”. They are not as powerful as a farm, but they can also offer profits if you know how to give optimal answers to all the questions that arise around their creation.

That said, little by little we will see how the GPU rigs look more and more displaced. ASIC mining is fast becoming the queen of mining across all cryptocurrencies. And with exceptions such as Monero and its algorithm RandomX, homegrown GPU or CPU mining could be gone in a few more years.