Skip to content
> Characters and History > Who is Amir Taaki?

Who is Amir Taaki?

Amir Taaki is a developer, cryptoanarchist and one of the great figures behind the development of the technology Bitcoin, especially in the areas of technical improvements, privacy and anonymity.

Una of the great cryptanarchists figures behind the development of Bitcoin es Amir Taaki. He was born on February 6, 1988, in the city of London, England. Of British-Iranian descent, Taaki showed an early interest in computing and programming. Skills that would later become a fundamental part of all his activities as a cryptanarchist and developer.

Amir Taaki, beginnings as a developer

Amir Taaki's career as a programmer began at an early age. At 17, Taaki registered on the renowned website of Sourceforge, which would be his first great job, SDL Collide. This is a bookstore written for SDL, a set of development libraries written in the C language. All of them aimed at creating graphic systems, multimedia and games. SDL Collide's job is to create a simple library to represent collisions between two or more objects. A quality widely used in games, physical systems, simulation and robotics.

Later in 2006, Taaki would start working on the 3D modeling framework, Crystal space. At this point, Taaki used the pseudonym of genjix at work. In Crystal Space it was strongly related to the development of the Crystal Space core. Later projects Crystal space y Blender would unite. The goal behind this was to create the game I Frankie!. With this they sought to demonstrate the quality and creative potential of these free software tools. Technology that would later evolve to give life to Sintel, a film made entirely using free software.

By 2007, Taaki was recognized as one of the leading developers of free software 3D modelers. A merit that led him to become part of the Game Convention 2007 in Leipzig, Germany.

Walk around the poker tables

In 2009 and 2010, Amir Taaki dedicated himself to living professionally as a poker player. His algorithmic ability helped him deal with luck at the betting tables. However, this did not seem to captivate him when he saw how the economic system worked. The regulations of the system made him create his own betting system and his own poker room. A project that would later be supported by his next interest and that would revolutionize the world economy, Bitcoin.

The arrival to Bitcoin

Amir Taaki started his interest in Bitcoin in 2010. Back then, while living as a professional poker player, he started the development of an online gambling platform. The entire platform revolved around the cryptocurrency. From betting to an exchange house to access it and that allowed the exchange for currency fiat. This name change house intersangoIt would be the first of its kind in the UK. However, due to a series of investigations that led to the freezing of their accounts, Intersango was closed.

This did not dampen Taaki's efforts to further develop technology around Bitcoin. That was how in 2011 together with Donald norman created the group Bitcoin Consulting. This would be dedicated to consulting and technology development to support and expand Bitcoin.

Amid all this, Amir Taaki would mark different milestones in the development of Bitcoin, among which are:

The first achievement of this group came from the hand of Amir Taaki himself, who presented in 2011, libbitcoin. With this new library, Taaki would rewrite virtually all the code originally written by Satoshi Nakamoto. The objective was to create an asynchronous library, with threads, scalability and adaptable to different devices and other technologies.

With this, libbitcoin would become one of the most used libraries for the development of software related to Bitcoin. Safe, practical, very fast and easy to maintain, these features would make libbitcoin the developers' favorite choice.

The standardization of the development of Bitcoin, the BIP are born

Another of Amir Taaki's great achievements was creating a document structure to present and discuss improvement proposals for Bitcoin. That was how on August 19, 2011, Amir Taaki he presented first Bitcoin Improvement Proposal o BIP . The objective of this document is to create a structure for the presentation of proposals to improve Bitcoin. For its creation, Taaki was based on the work of the Python community and its acquaintances PEP (Python Enhancement Proposal).

The success of the Taaki system took shape when later, Luke dashjr would create the second Bitcoin BIP, improving on Taaki's proposals. It didn't take long for the community to embrace BIPs as the ideal medium to present their ideas.

As a cryptanarchist, Amir Taaki has always been concerned with privacy and anonymity in Bitcoin. Aware of the weaknesses in this area within the cryptocurrency, he designed libbitcoin with the intention of progressing in that regard. However, progress was insufficient as the specific problems were still there, the Bitcoin is not anonymous.

To deal with them, it was necessary to treat the problem from another perspective. It was necessary to create mechanisms that ensure the privacy and anonymity of Bitcoin transactions. This is how the development of DarkWallet. Back then, Amir Taaki devoted to cryptanarchism, activism, and resistance lived from country to country as a backpacker. This led him to wander through the United Kingdom, France and Spain, where he ended up establishing his main center of development and resistance in Barcelona. It was there, between Calafou and the House of the Muntanyawhere it coincided with Vitalik Buterin before the latter turned to creating Ethereum.

With DarkWallet Taaki's and his group's goal was to offer a secure wallet from start to finish. In this task, Taaki had the help of Pablo You fall. On a more media level, he joined Cody Wilson, a well-known cryptanarchist and activist of self-defense and carrying arms for civilians. The DarkWallet project generated a beta wallet. This is usable via browser extension or installable client. However, it lacks all its functionalities and the project has been stopped since 2017. 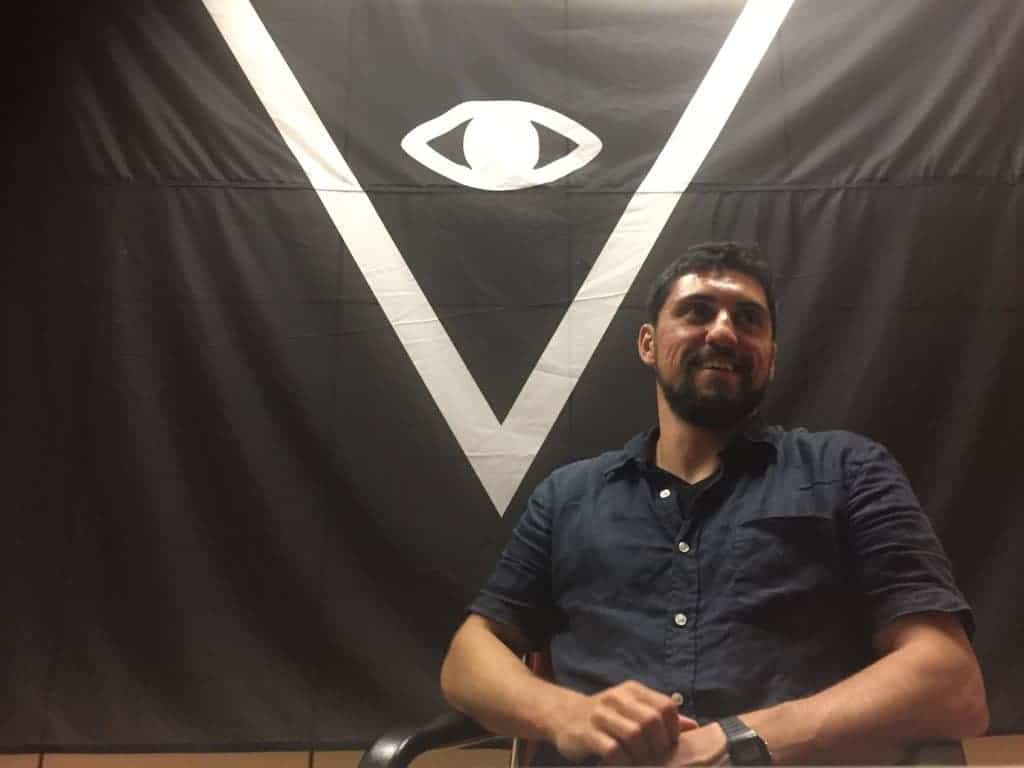 Other projects and contributions

Amir Taaki's life has also left its mark on other projects that seek to break the chains of established paradigms. An example of this is their participation in the development of openbaza is. This software seeks to create a distributed network of virtual stores in which each store is controlled by its seller. In it, each seller can present their products and offer them in an uncensorable network. In addition to this, the software has the ability to offer payments in fiat currencies and cryptocurrencies, . An addition that helps maintain security, privacy and anonymity in these stores.

Other facets of his life

One of the little-known facets of Amir Taaki has to do with his participation in the forces Kurdish YPG. In his service within these military forces, Taaki supported the Rojava region in economic, agricultural and energy matters. Rojava's efforts with which Taaki sympathizes. Especially because of the region's policy of creating a government system of "Democratic confederationism". In addition to what seems to be Taaki's, it is a clear ideological closeness with the objectives of Bitcoin.

These actions meant that Taaki spent more than a year in that region. Finally, when he decided to return to his home country, the United Kingdom, he was heavily investigated for possible terrorist links. A policy that the English government has carried with all its citizens who go to the conflict zone in the Middle East. As a result of those investigations, Amir Taaki remained in preventive house arrest for approximately 10 months.

Since then, Amir Taaki has been actively involved in the Bitcoin project, defending it and even criticizing decisions that the development Core makes. At the same time, he works in Barcelona in the active formation of a hacker academy. It pursues the goals of teaching, offering and creating tools to change the world and make it a better place for everyone.