Skip to content
> Fundamentals > What are altcoins and what do they offer to the cryptocurrency ecosystem?

What are altcoins and what do they offer to the cryptocurrency ecosystem?

Altcoins were born with the firm intention of diversifying and improving the ecosystem cripto with options beyond Bitcoin. Let's get to know some of these altcoins and how they have enriched the cryptographic ecosystem today.

Lat first cryptocurrency complete as we understand them today is the Bitcoin. This was proposed by Satoshi Nakamoto in 2009. No one at that time could imagine what that idea of ​​creating a peer-to-peer crypto currency would end up generating. A currency where transactions will be stored in a blockchain auditable by anyone and without the need to trust a third party.

An altcoin refers to any cryptocurrency which is not Bitcoin and which encompasses in the same term cryptocurrencies, and tokens. It is usually a simple term used to highlight that in addition to bitcoin other cryptocurrencies are supported / supported. The current altcoin figure is very difficult to know due to the number of tokens that are created each month to finance different types of projects.

Altcoin development is relatively straightforward because bitcoin is open source and many of the cryptocurrencies in the world market they are too. So it's easy to get your code and make changes to make it fit a new idea or a slightly different conception of the project.

Some cryptocurrencies like Ethereum what they offer us is the simplicity of being able to develop Tokens no need to create a network blockchain new. This through a Smart Contract we can create the foundations of a new token, thus reducing development costs and making project financing simpler.

What do alternative cryptocurrencies or altcoins offer?

Bitcoin was the forerunner of an industry that has been evolving and presenting alternative models that offer different solutions to current problems and provide new uses for blockchain technology and improve basic aspects of Bitcoin technology.

Altcoins seek to offer solutions both for different industries and for users. They also seek to make manufacturing processes or the lives of users easier. There are projects that work on food traceability, freight transport, electoral systems or intelligent energy management and control.

It is sought that there is no central system that contains or manages data and processes, but rather that it is something alive and that anyone can help the network by contributing their equipment, being rewarded for the contribution.

What do altcoins contribute to the Bitcoin ecosystem?

Innovation is achieved through competition. If there is no one to question a product or a model, it is being taken as the best or the best that can be offered and there is no attempt to improve it. It has reached its maximum theoretical potential.

That there are so many cryptocurrencies and so many projects do nothing but benefit from each other. We must bear in mind that there are many that do not add value, they are simply a simple copy of the code and the idea applying cosmetic elements. It is here where the greatest contribution of altcoins to the Bitcoin and crypto ecosystem in general is found.

Altcoins with the most relevant project today

It is a decentralized platform where anyone can develop and publish a Smart Contract. The so-called smart contracts are computer programs that serve to develop agreements between parties that are settled automatically when the agreed elements are met. They also serve for the development of decentralized applications (DApps) u decentralized autonomous organizers (DAOs).

Platform has its own cryptocurrency, the Ether and to add more security the transactions are paid by means of Gas that is also used to raise the Smart contracts. 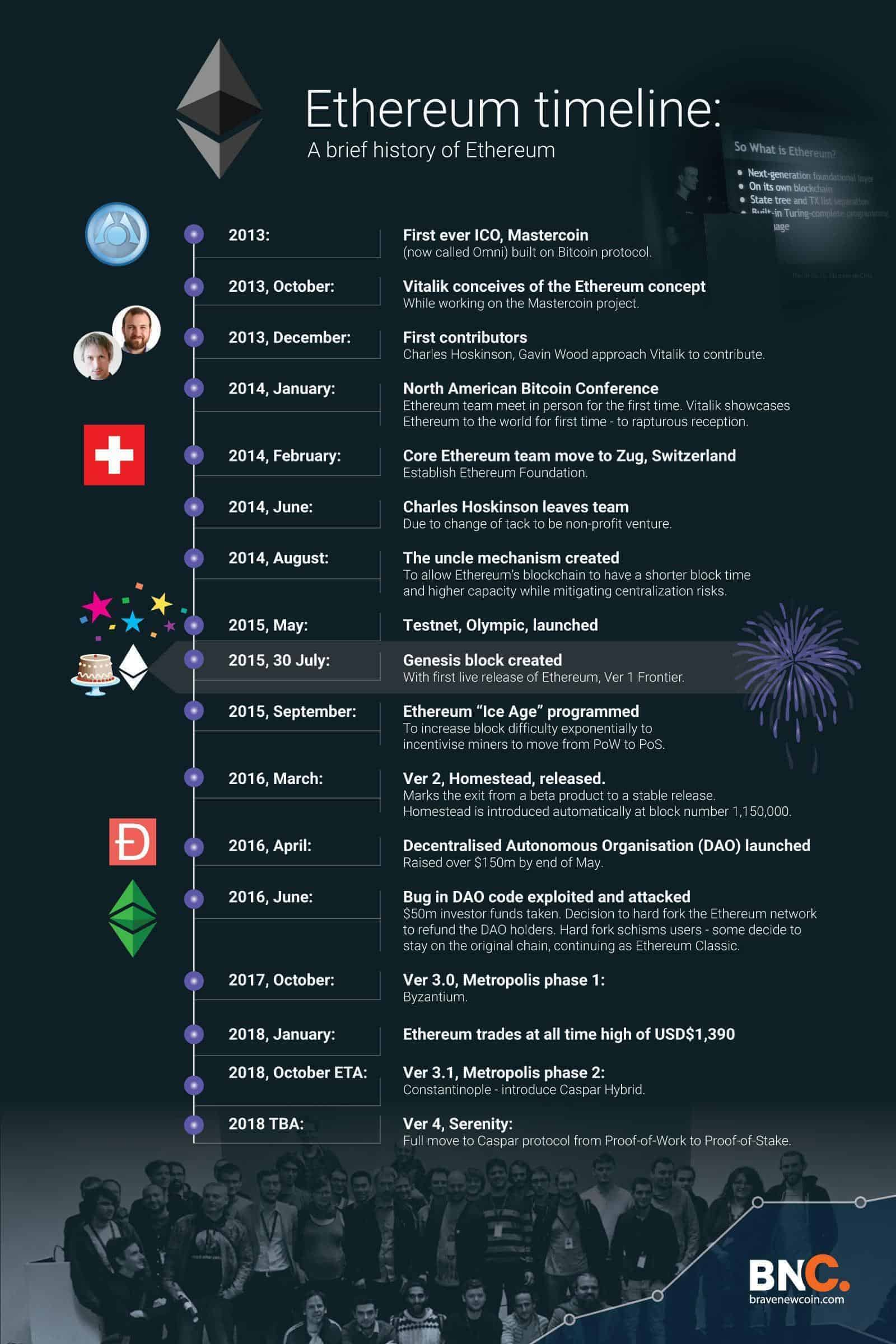 Private company that develops software for banks. The two most important software are xCurrent that does not make use of XRP and xRapid that makes use of XRP as a 'source liquidity' method. XRP is the cryptocurrency that works autonomously within the company's infrastructure and could function autonomously if Ripple disappear or dispose of this digital currency. 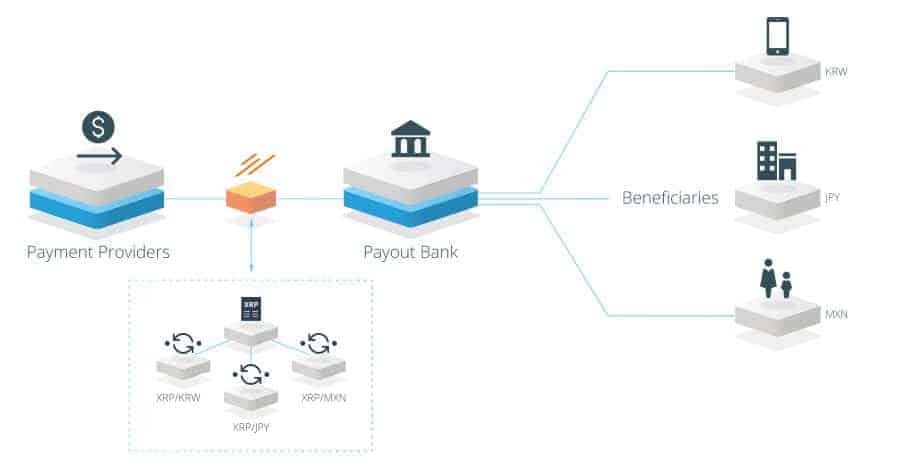 Dash It is developed as a solution for day-to-day payments. The first name it received was XCoin, which was discarded soon after and changed to Darkcoin, which was also not liked in the community due to the negative connotations. It was finally baptized as Dash, a contraction of Digital Cash.

The main characteristics of this cryptocurrency are: it offers low commissions for transactions, quick validation of transactions and the possibility of making completely anonymous shipments.

One of the projects that the community likes the most is Monero, since it is a cryptocurrency that offers great privacy through 'ring signature' and anonymity in transactions, making it impossible to trace their origin and destination.

A “ring signature” is a group of cryptographic signatures with at least one real participant but without offering us the possibility of knowing which one within the group is the real one since they all appear as valid. When a transaction is made, random transaction outputs are selected on the network and mixed with your coins before reaching their corresponding receiver

'We predict the future' This is the letter of introduction of Augur, a platform developed for decentralized prediction. The idea is to know is to try to predict the future based on the opinion of users, something like the use of collective intelligence to know what will happen in the future. Collective intelligence to predict the future is something that has been shown to be functional, but in this case it is also sought to be based on decentralization to give it even more power. Initially it worked on Ethereum but now it has its own altcoin, the Reputation (REP).

Pleasure click here. or in the image to access the technical audit of the Augur project.
* Report made by Zeppelin and signed by his CTO: Manuel Araoz (@maraoz)

Has the existence of altcoins fueled blockchain technology and cryptocurrencies?

The competition between altcoins and Bitcoin has led to the ecosystem developing rapidly. This has led to a dramatic and short-term improvement in the technology behind cryptocurrencies and blockchain. A situation that benefits everyone equally.

Some drawbacks that altcoins present

Many cryptocurrencies have a relatively short life cycle or are intended purely for speculation. Few projects really have a consolidated development team and a large community that supports them.

The volume of speculation has been increasing thanks to the growing appearance of exchange that allow you to speculate with cryptocurrencies, making a few earn a lot of money and causing a majority to lose a lot of money in a very short period of time.

It is not uncommon for good things to be ruthlessly plagiarized or copied and renamed. There are many projects that are almost the same as others with slight cosmetic changes and have the sole objective of being a speculative and rapidly enriching tool.

What do altcoins contribute to the Bitcoin ecosystem?

Innovation is achieved with competition. If there is no one who questions a product or a model, it is being taken as What is it the best or the best that can be offered and no improvement is sought. It has reached its maximum theoretical potential.

That there are so many cryptocurrencies and so many projects do nothing but benefit from each other. We must bear in mind that there are many that do not add value, they are simply a simple copy of the code and the idea applying cosmetic elements.

Bitcoin is open source software that has allowed the creation of hundreds of alternative cryptocurrencies around it. It is very difficult to give a specific number of how many altcoins there are in the market, since many are in the creation phase, in project financing processes or in evolution. If you want to explore and you know some of these you can do it in CoinMarketCap or in CryptoCompare.