What is Covalent (CQT)?

Covalent (CQT) is a project that seeks to offer a REST API service to facilitate the development of applications blockchain and, at the same time, offer all this in a decentralized network that uses the power of the blockchain to guarantee a flawless operation, global access and very secure.

Lto expansion of cryptocurrencies, and tecnología blockchain It has promoted the generation of tools aimed at taking advantage of the capacities of these decentralized networks. Among these tools, Covalent stands out, an API that allows to unify different blockchain projects in such a way that developers can use it to extract useful information from compatible blockchains.

Thus, for example, an application can be developed very easily with which the interaction of on-chain data and other usage statistics between networks can be observed, such as Ethereum y Polygon, as well as the different dApps that run on them. And this is just a sample of Covalent's potential.

Undoubtedly, these types of functions greatly extend the possibilities of blockchain technology and its scope, so the community is dedicated to developing them with a clear purpose: to improve the benefits of the technology, create new use cases and enhance the ecosystem in general. 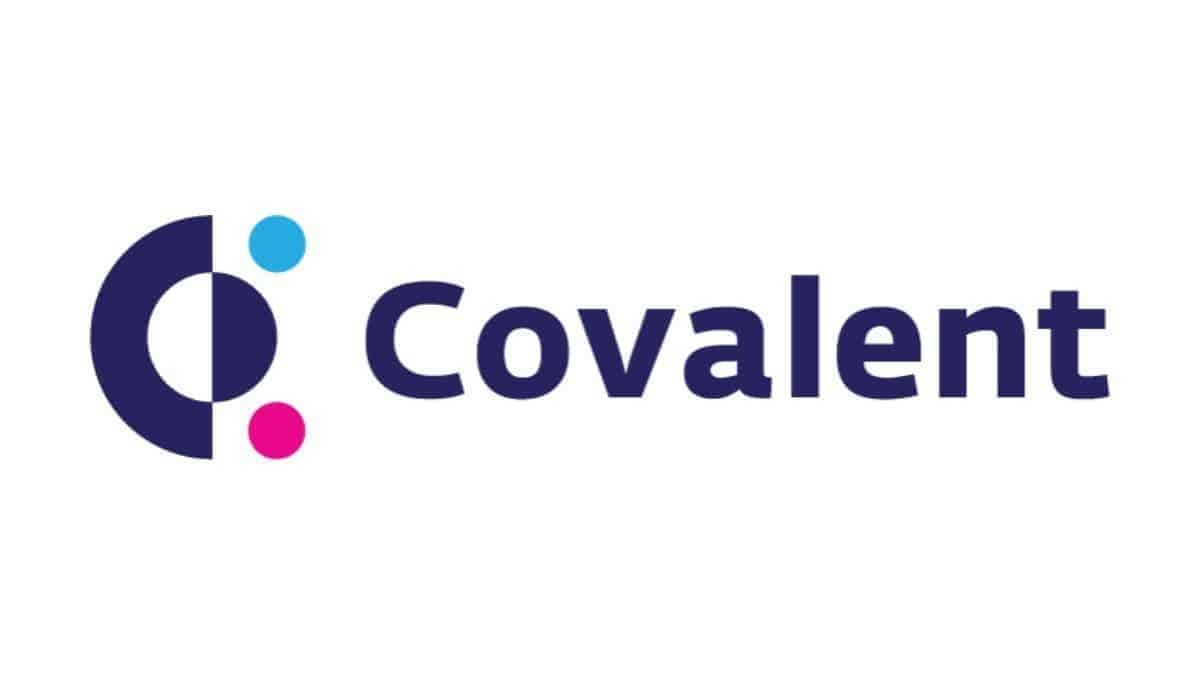 BUY COVALENT ON BIT2ME. Transfer your cryptos to Bit2Me Earn and get rewards without commissions.

The origin of Covalent dates back to 2018, when its creators Ganesh Swami and Levi Aul, decided to establish the company and make this project a reality. Its initial version was revealed at a hackathon in 2017, with the idea of ​​creating a REST API (a programming interface, which allows access to data through web technologies) that would interconnect the most important blockchains in the crypto world.

In this way, developers could have a powerful tool to access data from all those blockchains through a single API. Thus, for example to obtain information about BTC or Ethereum, it would not be necessary to program interfaces for each of these networks, but the same platform could provide the necessary data.

Under this concept, Covalent developers worked for three years in a row until, finally, on April 29, 2021, they launched the Covalent Network. Covalent Network is a chain of blocks that works on the technology of Moonbeam. Currently the team continues to work on a direct implementation on Polkadot to take advantage of the deployment capabilities in a parachain.

Thanks to all this effort, Covalent seeks to solve the huge infrastructure problems that are slowing blockchain adoption and acceptance around the world. Something especially useful in the world of dApps and decentralized finance (DeFi), which would greatly benefit from this technology. 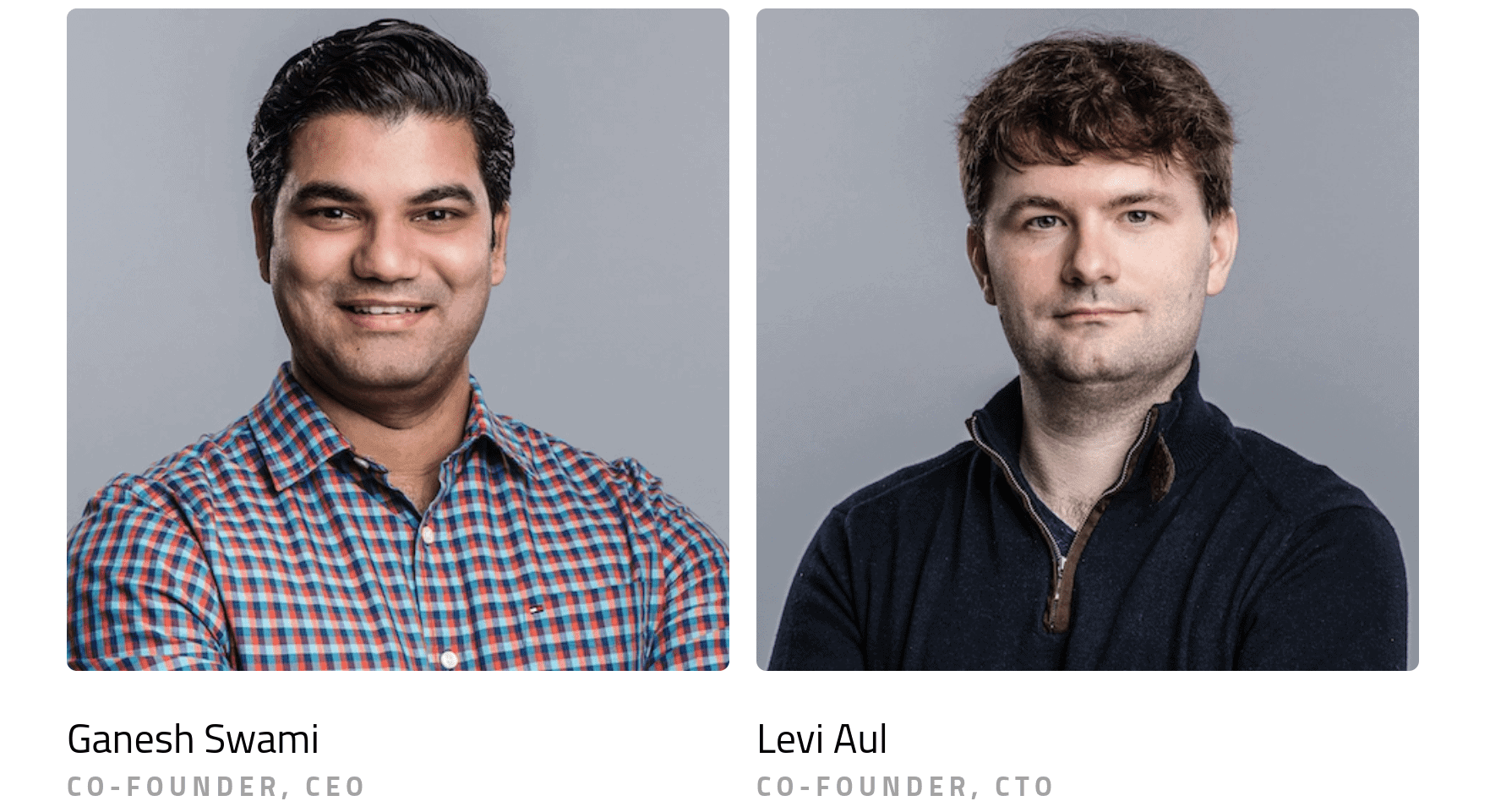 The main objective of Covalent is to offer access to data management services in which application developers can use their REST API to obtain data from the blockchains indexed by the network. What kind of data are we talking about? Well, Covalent is capable of indexing data from each block in the supported blockchains, among which the following stand out:

This means that Covalent is able to provide us with a complete set of useful data that can be used to improve the features and services of our applications. All these capabilities make Covalent a particularly useful project, given that:

It allows us to have a better and greater availability of data that can be integrated into our application. Unlike projects like The graph, Covalent indexes all the data and makes it available with a simple API, without having to go through previous configuration and deployment steps.

Another important point of Covalent is its composability or the ability for developers to quickly and easily build financial solutions by leveraging “Lego-like” building blocks from a multitude of projects. This is possible thanks to Covalent's multi-chain functionality and its development API.

Ease of development thanks to the fact that it is an API that can be integrated without complications into any code and from there used without major complications.
The impact of these Covalent capabilities is enormous, as it allows you to easily integrate powerful data acquisition capabilities into any application, be it a dApps or a centralized application (such as apps on your smartphone).

How does Covalent work?

Basically the operation of Covalent is based on “data sink”, which is in charge of receiving all the information from the connected and supported blockchains, and then classifying all this data in what Covalent calls “block-specimens”. In this way, the platform collects all the information from each block in the blockchains and creates a huge related index so that we can access that data whenever we want.

This, of course, is not an easy task, given the enormous amount of information that is generated on the blockchain. For example, Ethereum has a blockchain whose complete history (known as the archive node) already exceeds 9 TB of information. And if we add networks like Polygon or BSC, the histories easily reach 12 TB of data. And this only in three networks that continue to grow day after day, which increases that need for data and storage. To deal with this, Covalent has created a network known as the Covalent Network, in which there is an operating structure that helps to solve this problem.

The first role within this structure is performed by the validators. The validators within Covalent are nodes specially designed to ensure that the data that reaches the Covalent Network and its blockchain is correct. To do this, it has created a huge network that works under a single consensus protocol that allows it to decide in a decentralized way if the information they receive from a specific blockchain is correct.

Given the vital task that validators perform, these nodes can only be created by staking Covalent Token (CQT). In this way, the integrity of the network is guaranteed at all times.

The second level within the Covalent framework is for the producers of block-specimens. These are in charge of executing the “data sink”, the interface that is in charge of consuming the data from the external blockchain blocks that are supported by the Covalent Network. To achieve this, generally the producers of block-specimens execute a node of the chain of blocks to which the data sink is made, and from the data of the node, they classify the information according to the needs of the Covalent Network. We could classify them as "data miners", since their job consists of gathering the data from the blocks and classifying them to, in the end, generate a block-specimens according to Covalent's criteria.

After doing their work, these block-specimens products publish the generated blocks along with a proof of block generation that is released to the Covalent Network. The idea is that the validators take this test, carry out the relevant verification and, if it is correct, receive a small reward in CQT for their work.

The operating structure of the indexers is thought to be highly efficient and to maintain a very detailed history of everything that reaches the Covalent Network. To achieve this, these nodes work in a similar way to that of the Git protocol (widely used in software development), in order to maintain a history of each data and metadata within the network. Ultimately, all of that information is stored on Covalent's data storage network and associated with bulk data within the Covalent Network.

Complex to see? Perhaps the simplest way to explain the work of indexers may be to "bookmark". In the Covalent blockchain we can see a marker (in the form of a hash) that the indexers can read and as a result allow us to access the Covalent storage network and obtain the data we are looking for. All this without knowing the exact position of the data on the storage network. The best thing is that the "marker" can refer to a very specific piece of information or to an even larger set of data, making it easier for us to access the data as required.

For the operation of these nodes it is also necessary to carry out staking of CQT tokens, since their work is vital for the network and, by joining it to the consensus system, it protects this work from dishonest actors within the network.

Responders have the role of receiving data requests and providing the appropriate response to the request. There are two types of responders within Covalent, namely:

The directory nodes will probably act together to form a Kademlia-like DHT (a decentralized network protocol used in software like Bitcoin and BitTorrent), which mostly contains small pointers (content-hashes whose values ​​point to the node's DHT slot), along with node advertisements that act both as manifests of available data, and price lists/formulas to fetch that data/ data type of the node. Clients can then discover the nodes advertising the desired resources through this DHT.

Basically we can say that these nodes are "the map and directory" of the Covalent Network, allowing users to navigate through its different nodes and access their functions.

If we examine in depth the operational structure of Covalent we can see that this network aims to become a decentralized database, with all the facilities that we have already highlighted. This means that Covalent will not have a single point of failure as is currently the case with certain services (ex: Ethereum's Infura, where a service outage can leave many companies without access). Of course, this is not an easy job and there is still a long way to go to reach that level.

What is the Covalent CQT token?

El token CQT is a utility token with a very clear function: to allow access to the Covalent network, maintain its security and encourage the operation of nodes within the network. The nodes within Covalent receive their rewards through this token, while users and all those who want to use the REST API must use CQT tokens to pay for the requests or "queries" of information that are made. As Covalent's goal is to become a decentralized database, the CQT token will also play an important role in the governance of that system, which can be done through its governance forum.

The interesting thing about this token is that despite the fact that Covalent Network works on Moonbeam, the CQT token is actually deployed on Ethereum as an ERC-20 token, with an issuance of one billion tokens and a distribution as shown in the following graph . 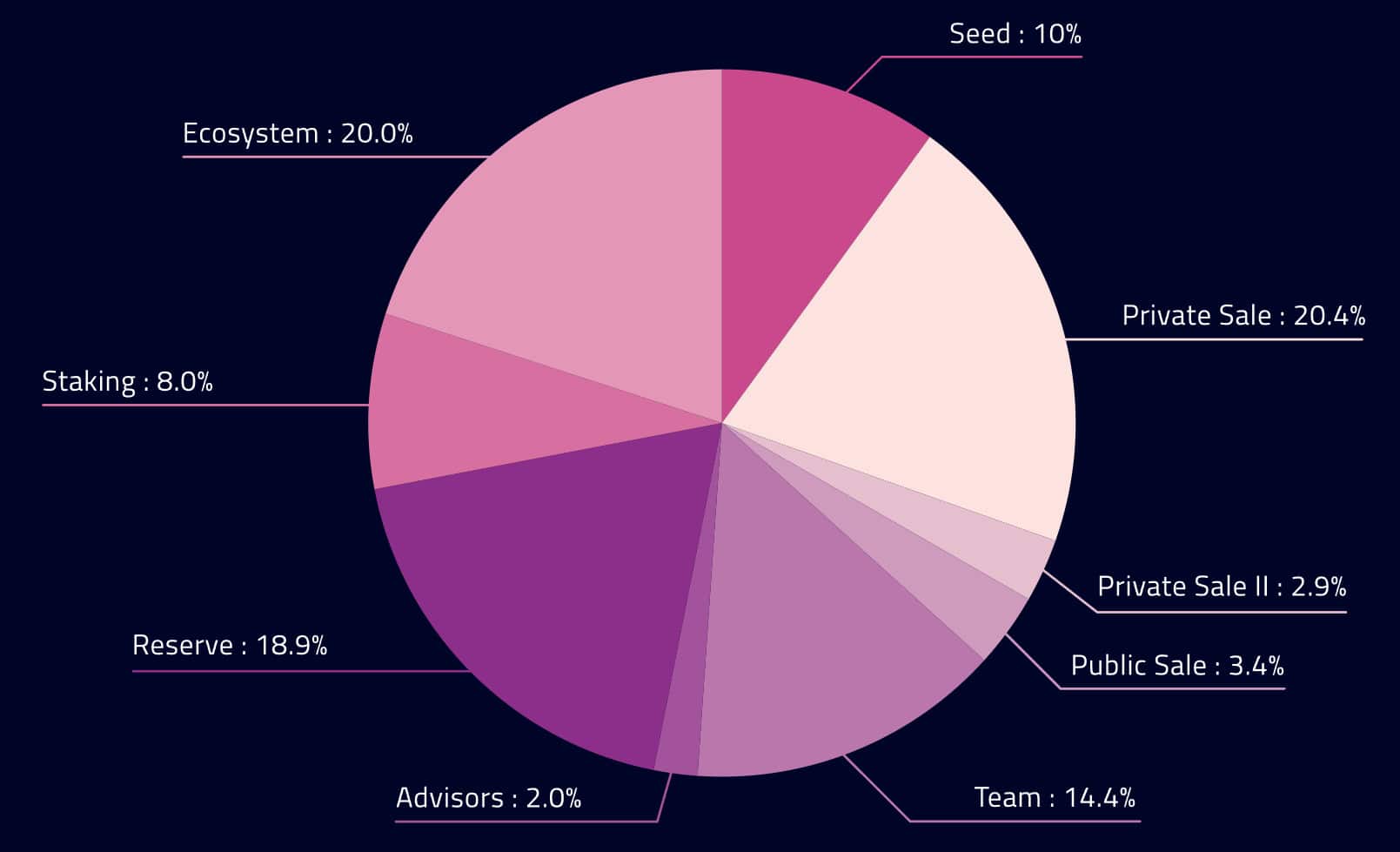 The greatest potential of Covalent is in the use cases of its technology, among which we can mention:

In any case, the possibilities of Covalent are enormous and can be adapted to the needs of each development.

Covalent is undoubtedly a promising project that aims to improve the interaction and possibilities of blockchain technology. Although it is currently in constant development, the full potential of its technology can already be seen and tested in the field.

The best thing is that its REST API is open, with clear documentation and accompanied by a functioning structure that allows us to make the most of its possibilities. As for its CQT token, it gives us access to its services and, at the same time, opens us a unique opportunity towards markets where it can be operated.