Skip to content
> Ethereum > What is the Ethereum Virtual Machine (EVM)?

What is the Ethereum Virtual Machine (EVM)?

La Ethereum Virtual Machine, is one of the key pieces in the operation of the blockchain of Ethereum. Its function is to allow the execution of programs or smart contracts with the purpose of deploying on said blockchain a series of added functionalities so that users can enjoy them.

La Ethereum Virtual Machine o EVMIs a virtual machine which is part of the blockchain ecosystem of Ethereum. It is capable of executing a wide range of instructions that allow it great flexibility when carrying out different operations.

However, to make programming for this virtual machine easier, a high-level specialized language called Solidity. Through this programming language facilitates the creation of smart contracts. Solidity is first transformed to opcodes (OP_CODES) and then to a bytecode. This bytecode is finally executed by the EVM to carry out the operations specified in a smart contract. All this means that the EVM can function like a real computer, executing from the simplest to the most complex operations.

In a nutshell, given Ethereum's decentralized feature and its ability to store smart contracts on nodes. of the network, and that with EVM the orders programmed in said smart contracts can be executed, Ethereum becomes a great decentralized world computer. One that is capable of carrying out instructions that lead to the resolution of any specific task. In fact, it can solve almost any computational problem and all of this occurs within the same Ethereum network.

All these instructions are written in so-called Ethereum smart contracts. These contracts are a type of account that has its own code, and is enabled from the moment they arrive on the blockchain. The best of all is that in order to use the potential of EVM we just have to have some ether and interact with some DApp, smart contract or make our own contract. There is no limitation, anyone can take advantage of the power that EVM has at their disposal.

It sounds incredible and it is, EVM is a huge development job that required enormous efforts from very talented people, and which you will meet below.

Who created the EVM?

The masterminds behind EVM development are Gavin woods y Greg Colvin. Gavin Woods was the one who created the well-known Ethereum Yellow Paper. In this technical document, the initial ideas and capabilities of the EVM are specified. On the other hand, Greg Colvin is known as the main developer of the EVM.

These two people and the team that accompanied them allowed the creation of the EVM. A technology that transformed Ethereum into a unique ecosystem within the other technologies that use blockchain. All because EVM is an integral part of Ethereum's internal workings and represents a true innovation in the development of these technologies.

How does the Ethereum Virtual Machine (EVM) work?

In order to avoid that a programmer can attempt against network security, EVM performs a complete abstraction of the system. Managing access to computer resources and limiting their actions in a controlled environment or virtual machine. In turn, EVM makes it simple to develop and update applications and features available for decentralized applications.

EVM enables the design and execution of smart contracts. Also thanks to Solidity creating these smart contracts is very simple and manageable. Although EVM by itself is not capable of directly executing this language, it does so by means of a technique known as compilation of instructions.

For its part, Solidity is a high-level programming language very similar to JavaScript and C ++. This language is oriented to the creation of smart contracts. In this way, most of the source code for the contracts is written in this language and is then compiled into opcodes understandable to the EVM.

The EVM uses these opcodes (OP_CODES) to perform specific tasks. These limitations lead EVM to create work methods that allow it to carry out its operations, among them the most important is the contract memory. This memory is used to store information that the EVM can quickly access. On the other hand, to store data indefinitely and make it accessible for future executions of contracts, you can use the contract storage. This essentially acts as a public database, from which the values ​​can be read externally without having to send a transaction to the contract, that is, without commissions.

OP_CODES and Bytecode, the foundations of the Ethereum Virtual Machine

OP_CODES are a very important and essential part of EVM. These opcodes are what define the valid operations that the EVM can perform. In EVM there is the ability to execute up to 256 different OP_CODES, although currently there are not this many defined codes. The reason is that EVM development has not required the creation of such codes and developers are careful to include new codes due to limitations in their numbers. 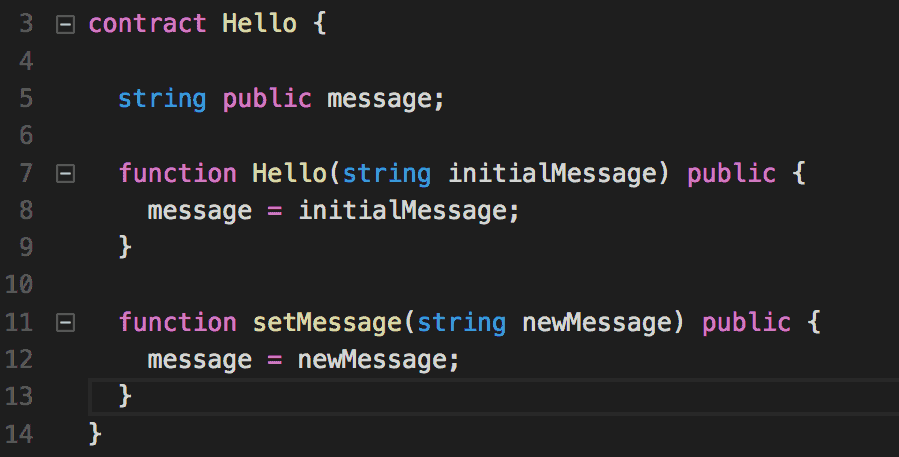 An important aspect of OP_CODES is that this is an intermediate level of programming for the EVM. The first level would come from Solidity and high-level programming languages ​​similar to this one. A second level of depth would be the OP_CODES. Finally, we would have the bytecode result of compiling the OP_CODES in the machine language equivalent of the EVM, something practically impossible to understand and write by a human being.

However, as Ethereum is a public blockchain and is a project that advocates openness and transparency, the EVM's bytecode language can be decompiled. That is, we can transform the bytecode to OP_CODES and from there take it to a language close to Solidity. This is important as it gives EVM the ability to keep the content of a smart contract open and clear. In addition to allowing you to recognize the ABI you have. An important piece of information since it is basically about how you can encode calls from a contract for the EVM and, conversely, how to read the data of the transactions that this contract generates.

The Ethereum network has been named as the global computer because each of the nodes connected to the network runs an instance of the EVM. At the same time, everyone performs the instructions identically in order to achieve and maintain a consensus on the state of the system. This particularity of Ethereum makes its calculation slower and more expensive compared to a common computer. But it gives you greater advantages, such as a high defense to Byzantine faults, greater protection and integrity of data and greater resistance to censorship.

Thus, Ethereum works as a decentralized, global utility computer on a peer-to-peer network. The smart contracts and DApps developed at EVM could even take over the functions of the Internet as we know them. In addition, it could allow us to create more stable economies since their operation can be guaranteed and is not subject to human interpretation.

Applying such elements as file distribution, smart contract execution, decentralized applications, and many others eliminates trust in third parties, because if the scheduled terms are not met, the contract will simply not be executed.

However, we can compare its birth and development with the Internet of the 90s. No one has any idea what it will bring in the future. But without a doubt, EVM will evolve over time and allow the network to become much more robust. Where we will surely see the shares of Ethereum rise, as well as the value of its token.

Can EVM be expanded in functionalities?

One of the main features of EVM is that it can be expanded in functionalities, but developers are not careful to include new ones due to the low capacity of adding OP_CODES to the system. Despite this, the EVM can be improved to be included in all kinds of devices and is a work in progress within the Ethereum community in order to further massify its use.

The Ethereum Virtual Machine is software that has many positive or negative characteristics or qualities. Among them we can mention: