What is Litecoin (LTC)?

Una of the most recognized altcoins in the crypto world is Litecoin. This cryptocurrency was born in October 2011, as an alternative to Bitcoin. In fact, Litecoin is a fork of the software Bitcoin Core, with the aim of improving Bitcoin. Your Creator Charlie Lee He is the ideologist and the most recognized figure of this project. Lee left his job at Google to devote himself entirely to developing LTC and in order to achieve his goals he partnered with xinxi wang y Franklyn richards.

Among its main proposals, Litecoin seeks to be a cryptocurrency with faster block generation, cheaper commissions and an efficient alternative for payments. This project allows fast payments, because it is focused on the eCommerce segment. The launch of its first version was accompanied by the following message:

We want to create a bitcoin-like coin, a coin that is the silver of Bitcoin's gold. Several alternative currencies came and have already left, some brought innovation but all had problems. That is why we want the best features that both Bitcoin and these other currencies offer and create a currency with all the benefits of them but with hardly any of its problems.

Litecoin defined itself as a Bitcoin clone created directly from its source code. It also stated that certain improvements had been made and some of the variables for the new network and cryptocurrency were modified. Thus, the genesis block of this cryptocurrency was created on October 13, 2011: that day this new cryptocurrency officially began to work.

Lee, Wang and Richards intend to solve the deficiencies that Bitcoin had according to them:

The success of the project led to the fact that two years later, in November 2013, it reached a capitalization of market de $ 1.000 billion USD.

This cryptocurrency has a limit of 84 million coins available. Its consensus mechanism is based on proof of work (PoW) and the hash function it uses is Scrypt. This algorithm is considerably lighter than SHA-256 but without neglecting security. Being open source development for the whole community.

Litecoin is a cryptocurrency whose generation of blocks takes two and a half minutes, therefore the Litecoin network is four times faster than Bitcoin. In addition, the average weight of the blocks is 65KB, therefore its blockchain it is very light. Like Bitcoin, Litecoin uses the halving to control their emission and the block reward for miners. Unlike in Bitcoin, in LTC halving happens every 840.000 blocks (in Bitcoin every 210.000). The last halving in Litecoin happened on August 5, 2019. The event brought the block rewards from 25 LTC to 12,5 and the next halving will be on August 6, 2023. You can check more information about this event in this website.

Certainly followed y Lightning Network They help improve these performance numbers, and both options are available from Litecoin. 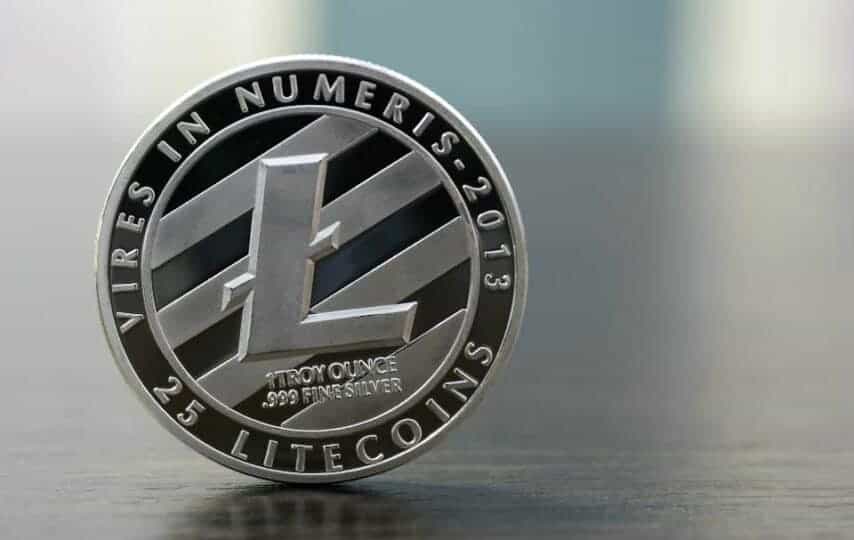 The first of the great differences of LTC with respect to Bitcoin, is the generation of the blocks. Every ten minutes a block is generated in Bitcoin, but in the case of LTC, it is every 2,5 minutes. This is something that greatly reduces the speed of transaction validation.

This is possible thanks to the fact that this cryptocurrency changes its protocol with respect to Bitcoin. Bitcoin's hash function is SHA-256, while in LTC the function is used Scrypt, a lighter algorithm. Thanks to this it is possible to create blocks of less than 1MB. They also allow them to be opened faster and more agile, in order to more easily validate transactions.

One of the big bitcoin problems, is scalability. The original idea established the processing of a maximum of 7 transactions per second, something that is currently a problem. It should be noted that such a strong adoption was not initially planned and now programmers are faced with looking for a solution to the problem.

Because all cryptocurrencies are in a very early phase, work is being done to improve these options. The objective is to rival and surpass other payment solutions, such as VISA. In fact, VISA currently supports around 56.000 transactions per second, vastly higher than any blockchain currently supports. This is a problem that is being faced and that will be definitively solved in the coming years. Although at present we can already use options such as Lightning Network that allows transactions to be made instantly.

Like Bitcoin, Litecoin makes use of the system Proof of Work or proof of work, but it differs in the hardware necessary for the mining of this cryptocurrency. Initially, due to little initial competition in Bitcoin it was possible to mine blocks using the power of CPU of our personal computers. But as Bitcoin's price went up, so did the competition to mine a block. In this way, more powerful hardware, such as GPU, and even custom hardware was developed: ASIC.

Litecoin can currently be mined with a processor and graphics card, although there are also specific ASICs for this cryptocurrency. The difficulty, which is based on the strength of the network, is still not very high and you can get a number of token relatively decent.

We have commented that LTC has blocks every 2,5 minutes on average, which reduces the average time of Bitcoin blocks by four times, which is 10 minutes. But the differences do not stop at just that. While Bitcoin has a approximate maximum of 21 million tokens available, while the maximum token of this currency is 84 million, that is: four times more.

In addition, reducing the issuance of coins in each block or halving in Bitcoin it occurs every 210.000 blocks, while in Litecoin this figure is every 840.000 blocks. In this case, the number of blocks required for a halving in LTC is 4 times higher than Bitcoin. Thus, if we take into account the average block issuance time (2,5 minutes), we can conclude that the intention of having programmed the LTC halving in this way is that it takes time for the same to occur on this network as on Bitcoin's. .

A bit of history about Litecoin

Something quite curious about this token is that it is listed as the third cryptocurrency developed. The first logically would be Bitcoin, while the second is Namecoin, and Litecoin the third.

Throughout its history, the figure of the creator of Litecoin, Charlie Lee It has been peppered with some controversy. Among them, that Lee will be part of the Coinbase exchange until the summer of 2017. Not only that, for a long time he was accused of manipulating the price and having a large number of tokens that could mean a variation or manipulation of the value of the token. To end this criticism, decided to sell all the units he had of Litecoin and thus end rumor mill.

Like other cryptocurrencies, LTC also has a non-profit foundation such as the Litecoin Foundation; a non-profit organization located in Singapore. The organization is focused on improving the development of this cryptocurrency with a social purpose. It seeks to offer the best and most innovative technologies within the blockchain world and apply them in this token.

Coin Telegraph: Do you think that anyone who owns or works full time in a cryptocurrency should not have any share in their own currency?

Charlie: No, not necessarily. I think I am in a special position because I have such a large presence on social media, and I have a huge influence on Litecoin's future and Litecoin's price movement, so I always felt a little conflicted by promoting Litecoin on social media and see how it affects the price. Also the fact of helping me financially, so I wanted to remove the financial aspect of my work. 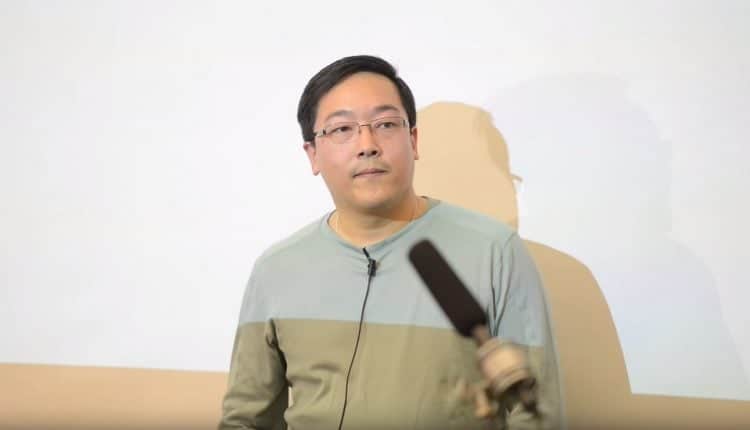 As with other cryptocurrencies, Litecoin has the Litecoin Foundation. This is a non-profit association whose mission is to spread the blockchain technology, the use and the possibilities of the cryptocurrency. In addition to fulfilling functions to help finance and advertise projects based on this cryptocurrency.

One of these projects was LitePay, It was being promoted by the Litecoin Foundation, with a wide dissemination in the media and social networks, in addition to providing significant financial support. However, LitePay and its CEO, Kaith Asare, they were involved in a painful scam event that was harshly attacked and criticized on social media. This led the Foundation not to give more money for this project and that it will no longer have this solution specially developed for payments. In a statement from the Foundation they expressed the following:

We are disappointed that this saga ended this way and we apologize for not doing everything that may have previously discovered these issues. We are currently working hard to improve our practices and ensure that this does not happen again.
Litecoin has been doing perfectly fine before LitePay's promise and will continue to do so. The ecosystem is much larger than a single company and is continually growing with the support of many other companies with market-ready products that join the space and reach their goals, making it easier for the world to use Litecoin.

On January 12, 2017, released version 0.13.2: It was officially the first cryptocurrency to add official support to the SegWit (Segregated Witness) and in this same update support was added to the HD wallet (hierarchical determinists).

On May 31, 2017, released version 0.16.0: add full support for native SegWit addresses and new wallets will default to HD wallets.

Several important software updates are currently being worked on, although none have a specific date to be implemented.

The first and most important is Lightning Network, which It allows instant transactions and the commissions are practically disposable.

The second is Atomic Swap, which allows the exchange of a cryptocurrency in a different cryptocurrency between users, without the need for intermediaries (exchange).

It also works in MAST, confidential transactions and colored coins, although these three updates are not the most preferred these are its characteristics:

In fact, the launch of Litecoin + MimbleWimble is one of the most anticipated improvements in the community, and it is expected to be complete in 2021, as shown in the official roadmap.

Go to the Litecoin github

Go to the official Litecoin thread on Bitcointalk