Skip to content
> Characters and History > Who is Mark Karpelès?

Who is Mark Karpelès?

Ehe name of Mark Karpelès is widely known in the world of programming and cryptocurrencies. Karpelès is a programmer, PHP developer and entrepreneur of French origin, who was CEO of the famous and defunct cryptocurrency exchange platform Mt Gox. He was also a founding member of the board of the Foundation Bitcoin until 2014, the year in which he resigned from this position. The latter is also related to the famous hacking of the Mt Gox platform.

Karpelès was born in 1985 in Chenove, France, and is the son of Anne Karpelès, a renowned geologist. Between 1995 and 2000, Karpelès studied at the Collège Prieuré de Binson in Châtillon-sur-Marne and Prieuré De Binson in Dormans. He then spent a year at the Lycée Claude Bernard in Paris, before completing his education in 2003 at the Lycée Louis Armand in Paris.

Thereafter, Karpelès began to build his renowned career as a developer and entrepreneur. 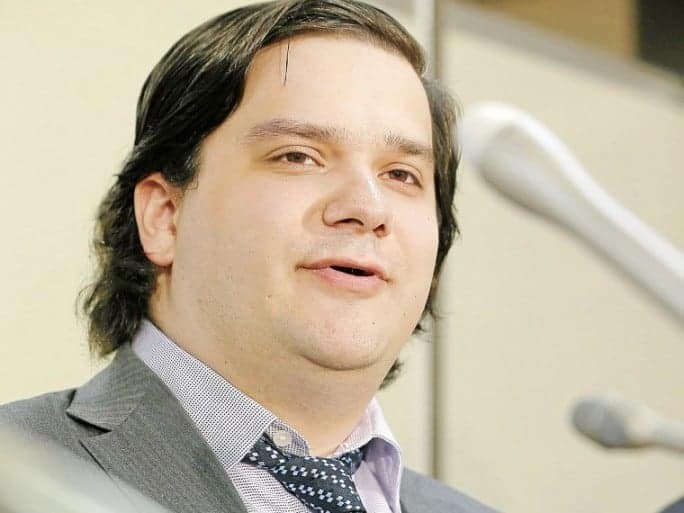 Beginning of his career

Karpelès's career begins in 2003, the year in which he worked as a software developer at the Linux Cyberjoueurs company. By then, 18-year-old Karpelès was already showing enormous potential as a developer. Additionally, in this company he also held jobs as network administrator. His work at this company ended in 2005.

Upon leaving Linux Cyberjoueurs, Karpelès spent much of his time developing and expanding PHP. This led him to contribute to the official development of PHP, especially in the creation of proctitle, a tool that allows you to change the name of a current process on GNU / Linux systems using PHP.

But in 2009, at the age of 24 Karpelès moved to Japan. Once there he created his company, Tibanne Co. Ltd. This was a company dedicated to the provision of technologies related to networks and web hosting. Later, in 2010, Karpeles acquired the domain of Mt Gox, with which it was one of the largest exchange platforms in the world at the time. Having an active participation in this exchange, with the possession of more than 80% of the shares in his name.

The creation of the Bitcoin Foundation

In 2012, Karpelès would score another career achievement. Along with Gavin Andresen, Charlie Shrem, Peter Vessenes, Roger Ver, Patrick Murck and Mehul Puri, the Bitcoin Foundation was created. This non-profit organization seeks to create a standardized space that allows the project to progress and develop without problems.

For several years, success smiled on Karpelès. On the one hand, its Mt Gox platform grew rapidly and its wealth along with it. But on the other, successes such as the creation of the Bitcoin Foundation of which it was part, gave it a huge presence in the crypto community.

However everything would start to change dramatically. First of all, Mt Gox had several security problems that led to the loss of large amounts of bitcoins to its users. On the other hand, the Bitcoin Foundation was involved in several scandals and a hail of criticism. Facts in which Karpelès himself had a lot to do.

The already delicate situation reached its peak in February 2014. At that moment a hack on Mt Gox led Karpelès to disgrace.

Reaching the summit of success

Karpelès reached the peak of his career with the creation of Mt Gox. His vision of the future of cryptocurrencies led him to develop an exchange platform that became the most important in the world. In fact, Mt Gox managed to handle over 70% of Bitcoin transactions.

In 2010 Karpelès reopened the Bitcoin Wiki project using the MediaWiki suite. The success was such that the community began to gather in it all the previous knowledge of the network to this space. Something that was especially useful in the midst of the censorship that space like Wikipedia imposed at the time on cryptocurrency projects. A situation that even came to strongly annoy Satoshi Nakamoto himself. Despite this, the project continued its development and continues to operate today.

Another of Karpelès' contributions was the creation of CryptoPayment. This is a MediaWiki extension widely used by Bitcoin Wiki for several years. The extension granted editing rights to users who paid a small fee to avoid spam and malicious modifications. In addition, he also created the Bitcoin Map. A map where the nodes. Bitcoin geographically.

The collapse of Mt Gox

In early February 2014, users of the Mt Gox platform began filing complaints about the exchange's constant flaws when making withdrawals. By February 24, Karpeles made the decision to shut down the platform, cancel his Twitter account, and resign his seat on the Bitcoin Foundation board. In parallel, he declared the company bankrupt before the authorities of Japan and the United States.

The Mt Gox hack led to the disappearance of 850 bitcoins; of which 750 thousand belonged to users of Mt Gox.

Given this fact, Mark Karpeles was arrested and jailed in 2015, by the Japanese authorities, on suspicion of embezzlement and manipulation of data and information in the platform's central accounting system. Furthermore, before his arrest, Karpeles had stated that 200 bitcoins of the 850 disappeared were in a cold wallet in his possession. An act that made him appear even more guilty in the eyes of the community; Although Karpeles claimed that he had done it as a protection measure, to put the bitcoins in a safe place.

Although by July 2016, Karpeles was released on bail, and was brought to trial where he was found not guilty on several of the charges against him. Other positions were still active and without a strong resolution on them. Among these allegations were the allegation of embezzling the money of Mt Gox users for their own pleasure and benefit. Since the Japanese press had repeatedly indicated that Karpeles invested a good part of the stolen funds in prostitutes.

Similarly, Karpeles has also been accused of negligence. Since it is estimated that the Mt Gox exchange platform lacked adequate security measures to prevent the theft of the bitcoins guarded by the exchange. Although Karpeles insists on pointing out that there is no evidence to support such an accusation.

Another accusation made against him was given by Ross Ulbricht, creator of the market SilkRoad. Ulbricht accused him of being the person behind the "Dread Pirate Roberts" pseudonym. However, Karpeles publicly dismissed this on Twitter. In addition, there is no conclusive evidence linking him to said accusation.

On the other hand, the set of investigations carried out for his trial has led the experts to find the whereabouts of other actors involved in the hacking of the Mt Gox platform. In 2017, Russian businessman Alexander Vinnik was arrested by US authorities for being involved in money laundering of funds hacked into the exchange. So the FBI intervened the BTC-e platform, discovering that many of the stolen bitcoins were sold there.

Furthermore, investigations by authorities determined that the UK Shell company was also involved in laundering the stolen funds from Mt Gox.

However, in March 2019, Mark Karpeles was finally found guilty on the charges of tampering with electronic records at Mt Gox. For this reason, Karpeles is currently serving a 2 XNUMX/XNUMX year sentence in Japan. Additionally, if he leaves Japan, he could face other legal actions in the United States where many users of the Mt Gox exchange accuse him of the theft and embezzlement of his funds.