What is a stablecoin?

A stablecoin is a cryptocurrencies, created so that its value remains stable. To maintain this little variability in your price of market, They need a backup backup. The backup relationship is made with other financial assets, fiat currencies, raw materials and even other crypto assets.

Las stablecoins or stablecoins, they are nothing more than cryptocurrencies created with the purpose of maintaining a price with little variation in the market, generally representing a fiat currency within a blockchain. In this way, stablecoins seek to maintain the characteristics and advantages of cryptocurrencies, while representing fiat assets with a certain stability proven in their valuation.

To achieve stability in their valuation, stablecoins generally use collateralization with another financial asset. In this way, they seek to keep their value stable in the face of various market situations.

Why were stablecoins created?

Our stablecoin emerged from the need to control the extreme volatility of cryptocurrencies. Cryptocurrencies, despite being a complete economic revolution, are very unstable in their valuation. This volatility is linked in many ways with speculation in the markets. A situation that is evident in the continuous bullish and bearish trends suffered by the cryptocurrency markets.

The objective behind this is to allow the use of stablecoin by users concerned about such volatility. Well, solving this point would accelerate the adoption of cryptocurrencies by users and businesses.

In this regard, Rune Christensen, Founder of MakerDAO, commented that:

"The real key to unlocking the great potential of blockchain will come with the widespread adoption of stablecoins."

What are the ways of supporting stablecoins?

To maintain the value of the stablecoin, they need a physical, monetary or tied back to another cryptocurrency. These backup strategies are what help achieve that purpose. In this way they have managed to offer members of the community consistency in the prices of crypto assets. The forms of support for stablecoins are as follows:

This is the most common backup method for stablecoins. Generally, the crypto asset is backed by guaranteeing each token of the network in equal proportion (1:1). Currencies such as the US dollar, the euro or the Japanese yen are used. This means that; For each token, its value will be guaranteed by one unit in fiat currency.

However, this system has its contradictions with the fundamental concept of a cryptocurrency. Well, cryptocurrencies are oriented not to depend on a centralized entity like fiat currencies do.

Another point against is that you can have problems regarding the transparency of your reservations. To avoid this situation, you must constantly carry out audit processes. All in order to guarantee a suitable backup of the issued tokens. Furthermore, fiat-backed stablecoins need to raise capital to project broad adoption of the cryptocurrency as such.

Examples of this type of stablecoins are: USDC, BUSD, TrueUSD y Tether (USDT).  Both backed by the US dollar and managed by companies that act as central entities. In case of Tether (USDT) It is one of the most successful: built in 2014, its participation is currently around 2.600 billion dollars. At Bit2Me we have dedicated a space for you to get to know the project more closely USDT. 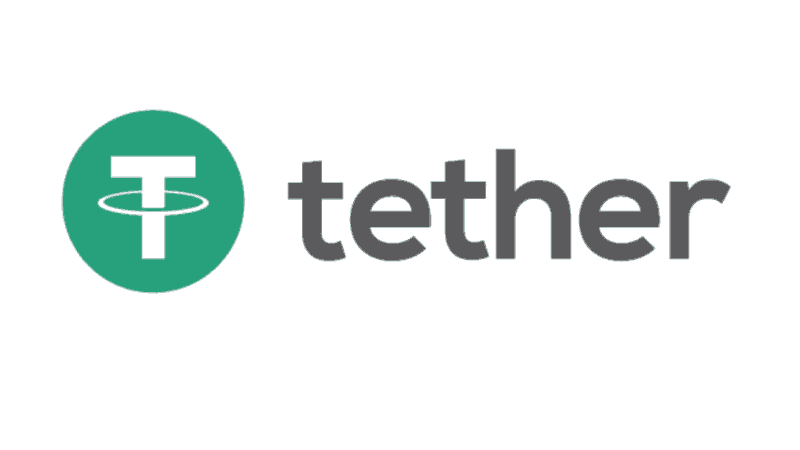 This is another fairly common form of backup in stablecoins. This works on the basis of supporting the value of the stablecoin using commodities. Among these are gold, silver, diamond or oil. The backup ratio can be as simple as a 1: 1 value or depend on inexpensive formulas.

For example, Digix Gold, is a stablecoin that establishes that; every gram of gold equals token DGX. In this way, it manages to provide the crypto asset with a balance in its price. In this case, the gold is also kept in bullion as a reserve. This allows them to be certified and audited by a trusted third party, providing assurance of their endorsement.

Support for other crypto assets

This is another widely used stabilization scheme that is generally very complex. This is because a complex economic system is used to stabilize prices. This seeks to protect the price of the stablecoin with respect to the change in the value of the backup crypto asset. However, this system aims to get rid of the centralism of supporting stablecoin using fiat currency.

The method this time is to back up a token with the reserves of another cryptocurrency. But this can result in a drawback caused by the instability of the cryptocurrency itself.

However, the proposed solution is to grant the token a double backup by the other cryptoactive, that is, a 1: 2 ratio, that even with the price variations in the market that the cryptocurrency suffers, the token can maintain the desired stability in yours. As a curious note, most stablecoins that use this method are tokens of the type ERC-20. An example of this system is DAI, a cryptocurrency backed by the value of Ether and a wide portfolio of tokens on this blockchain. In fact, here at Bit2Me Academy we also dedicate a space so that know everything about DAI and its creators, MakerDAO. 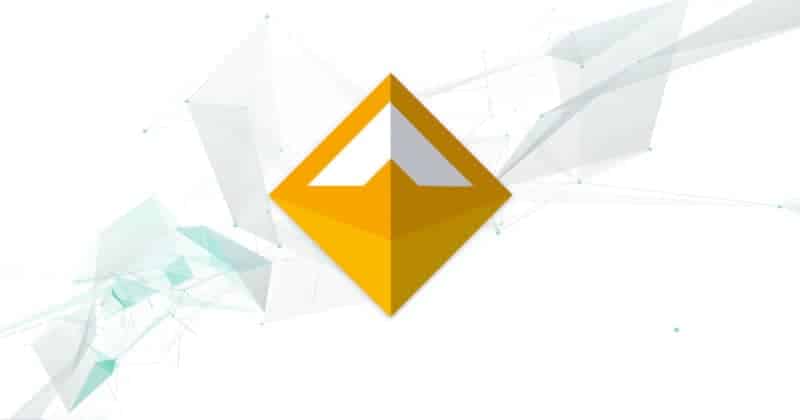 Stable tokens but without a direct backup from another asset

The stablecoins under this figure do not have directly endorsement or guarantee of any asset that helps them stabilize their price. On the other hand, they use a perspective called Seigniorage shares or seigniorage actions. This system uses smart contracts to act as a central bank. With which it is allowed, according to supply and demand, to increase or decrease the contribution of money on the blockchain. An action that stabilizes the value of token in the market.

An example of this type of stablecoin is NUBITS y USDX. However, the operation of these stablecoins is strongly criticized for their little decentralization. In addition, they are strongly linked to the current securities regulations in many countries. For example, the platform BASIC, It ceased its functions due to the regulations of the SEC.

Stablecoins can also be classified as public and private. Private are those issued by commercial and public companies are issued by central banks. Stablecoins also offer the possibility of developing an international currency, linked to a basket of fiat currencies or commodities. This would further reduce volatility. They can protect themselves against fluctuations in the value of national currencies. It also has the potential to dramatically increase the efficiency of cross-border settlement.

To date, private companies have been the pioneers in the development of stablecoins. This is due to the barriers faced by central banks seeking to offer fiat digital currencies.

For example, a major commercial bank, MUFG (Mitsubishi UFJ Financial Group). His plan is to roll out a stablecoin that will peg 1: 1 to the Japanese yen. The MUFG stablecoin, will be launched in select quantities to customers in Japan. This as part of a large scale test suite. Users will be able to use an application to convert their fiat deposits into MUFG currencies. They can then be used to make payments in stores and restaurants and can be transferred to the accounts of other users.

Another example of the development of stablecoins in the private sphere is the launch of a US dollar stablecoin for Circle. This is a payment company backed by Goldman Sachs, with the support of Coinbase.  Circle USDC, runs on the blockchain Ethereum and is intended to be used by customers for payments and transactions within the cryptocurrency space. 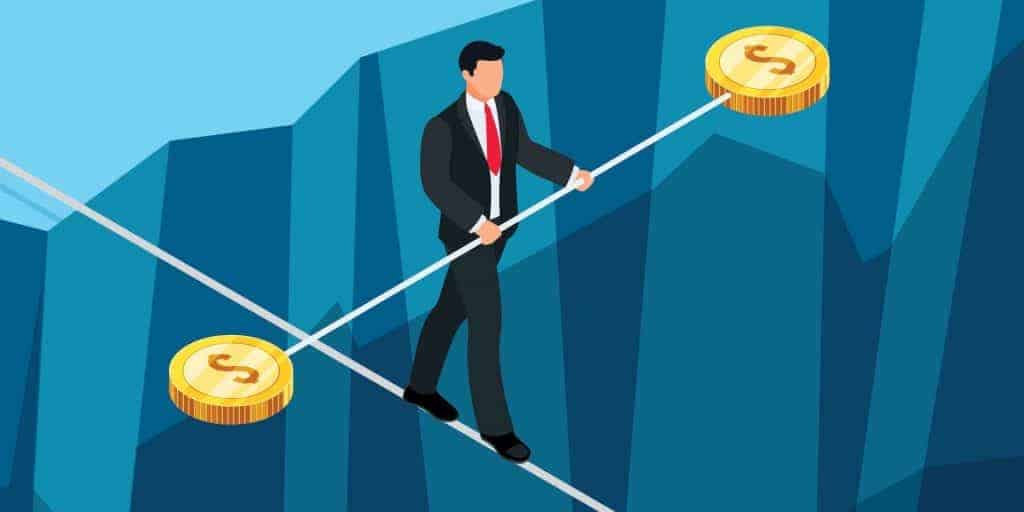 Stablecoins are designed to tackle the problem of volatility, acting like a bridge between cryptocurrencies and fiat currencies. A stable and decentralized digital currency could become a medium of global exchange. This is an especially important application in emerging markets experiencing debilitating levels of inflation and economic chaos, such as Argentina and Venezuela.

Institutional arrangements currently restrict access to capital markets. Financial market transactions generate friction, and transaction costs are scale-sensitive, and information costs are considered the most important component of these costs.

The rationale for the existence of a banking system is that banks can function as financial intermediaries. This is because banks have a competitive advantage in gathering information and evaluating credit risk. However, the relationship between finance and the economy is not neutral. Misallocations of funds can occur and financing and capital gaps can arise.

Given this, small companies are at a disadvantage. This is because capital markets tend to prioritize large, established companies. As a result, small and new businesses find it difficult to obtain seed capital and early expansion.

Stablecoins seek to solve this problem by allowing access to financing. Example of it; they are the fair loan and derivatives markets. They also seek to reduce costs in the supply chain and international trade by eliminating intermediaries who charge fees for guaranteeing secure transactions, granting stable capital and intermediating cross-border initiatives.

Are stablecoins characterized by being fully decentralized cryptocurrencies?

Stablecoins have many centralization elements that are managed by the group or company that created them. Trust in them depends on the clarity and control that these companies exercise.

Advantages and disadvantages of stablecoin